Next Meeting Monday 5th December
from 4pm till 6pm. 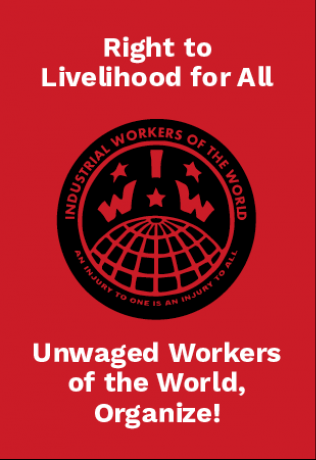 All Workers Are Equal. You have the right to a livelihood and a dignified standard of living. Let neither borders nor bosses tell you otherwise.

Do you have little to no source of income, and having difficulty simply finding a job to make ends meet?

• Are you refused jobs because you don’t have the required skills or experience?

• Are you being forced to look for poorly paid jobs under bad conditions?

• Are you blacklisted, targeted for unionizing, and unable to keep a stable job?

• Are you long-term unemployed, harassed by Job Centre demands, and given the run-around by the benefits system?

• Are you disabled and having trouble being hired or difficulty claiming benefits?

• Are you being run off the formal job market due to your gender, nationality, or your political status?

• Do you feel isolated and unable to seek assistance?

• Do you feel that the regular institutions of society cannot help you?

If your answer to any of these questions is ‘Yes!’ then you are not alone. A combination of laws, employer practices, and carefully cultivated political prejudices keep many workers from finding and keeping decent jobs in the formal economy. This drives some of us to accept less-than-minimum-wage work under exploitative conditions just to get through life. No access to proper jobs and legal protection means no access to proper health or housing facilities. It’s a downward spiral.

WHY JOIN A UNION?

Joining together in solidarity and organizing is the only way to overcome these life-threatening problems effectively. Waged and salaried workers in the past and present have won their rights by fighting hard for them. They did this by forming unions and, when necessary, by taking direct action.

Unwaged and unemployed workers must now do the same because our problems are caused by the same system. We share the same basic issues of food, housing, and healthcare. But these problems are made even worse for the unwaged because we are not united either by employers or by workplaces. Only our lack of access to a job or income and our poor living conditions unite us. But there are ways of turning that one factor to our collective advantage. 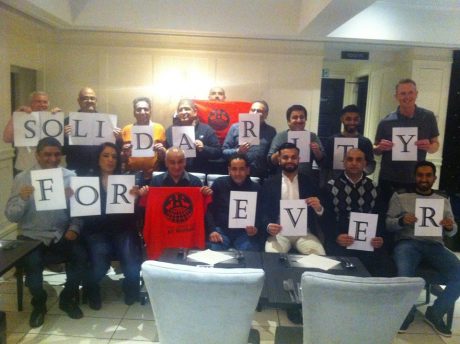 United we are strong, divided we are easy pickings for the state and the bosses.

The Industrial Workers of the World is a radical independent union led by its members. Its goal is to establish democratic conditions for workers both in and out of the workplace. Within the union members decide what we need and how to achieve it. There are no appointed and paid bureaucrats telling us what to do. We believe in and support direct action to win workplace struggles. The union is made up of chartered branches as well as groups based locally.

The One Big Union idea was born from the knowledge that in any job situation, apprentices, trainees, skilled and unskilled workers all have more in common with each other than with the boss. In IWW, workers can organize together either based on their trade, like transport workers, or because they share the same industry regardless of the kind of job they do. For example, in a hospital, nurses, doctors, technicians, interns can join with laundry workers, cooks, electricians etc to form the industrial union of Health Service Workers. All workers in one workplace would be in the same branch regardless of their trade or level of qualification.

This means that even if you change the kind of job you do, you can still be part of the same union. The One Big Union concept makes it both easier for workers to act in solidarity with their fellow workers in the same industry, and to organize to establish better conditions in their own line of work. 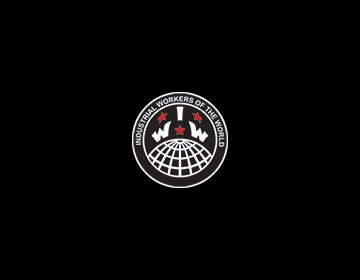 All welcome 12 Noon – 3 pm, Saturday 19th November Marchmont Centre, 62 Marchmont St, Kings Cross, London WC1N 1AB Unwaged Struggles and What the IWW has to Offer What are the characteristics of the struggles of Unwaged Workers? This… 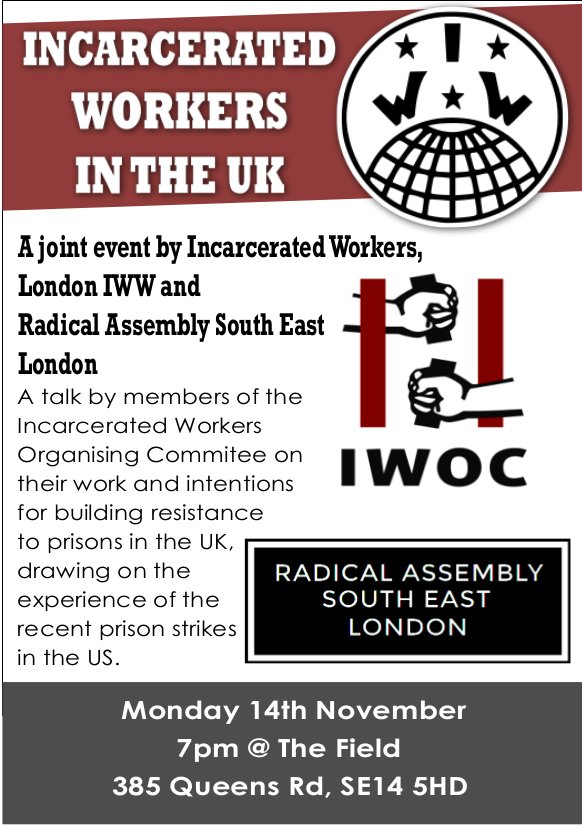 Incarcerated Workers in the UK